So the last week has been pretty jam-packed with training so I haven't really had a chance to blog. However, there have been some exciting and adventurous things happening! So, let me get started =)

After we got back from training on Tuesday, the sky was (finally) clear enough that we had a view of the Himalayas from our guesthouse. It honestly is one of the most surreal sights that I don't think I'll get used to this whole trip. 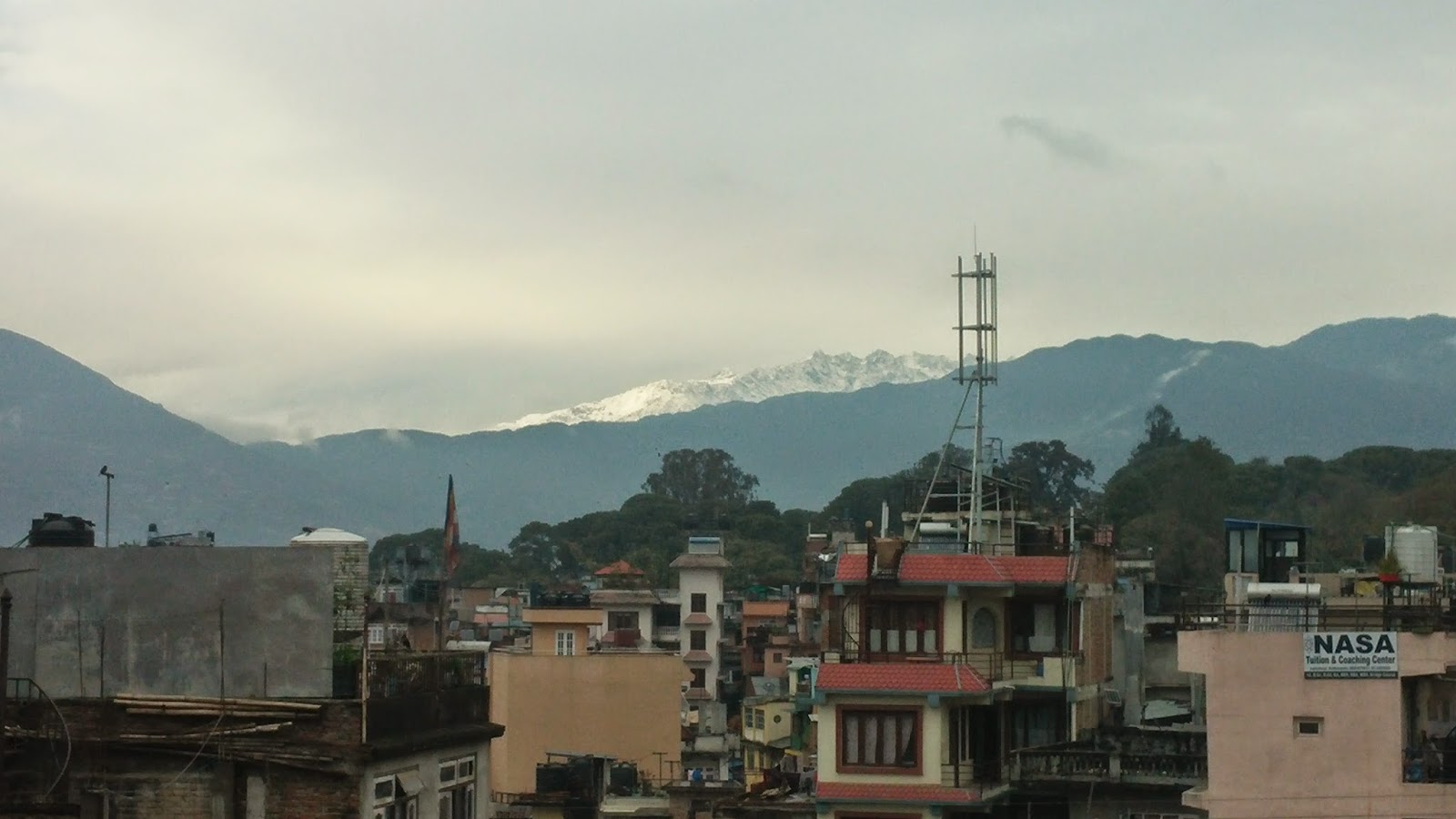 They're quite far in this photo but we will eventually be very close to them! I even managed to do quite a good (if I say so myself) panoramic shot of the rooftop view, so you can see how busy Kathmandu is with the towering hills surrounding the city.

Unfortunately, one of our team members received some bad news from home and they will be leaving the programme and going back to the UK. It's such a shame because I know this person was super excited to get stuck into the work. They will be sorely missed but keeping this blog going will inform them of everything that's going on in the communities and all the work we've (hopefully) done.

Wednesday was our last session of training in Kathmandu (there's still plenty more to come...), but luckily for us it was a half-day which gave us a chance to explore. Just after training, we headed to Patan Durbar Square. Nisha, one of the Nepalese counterparts, was telling me that the wooden carvings and the stone monument were carved out entirely by hand. 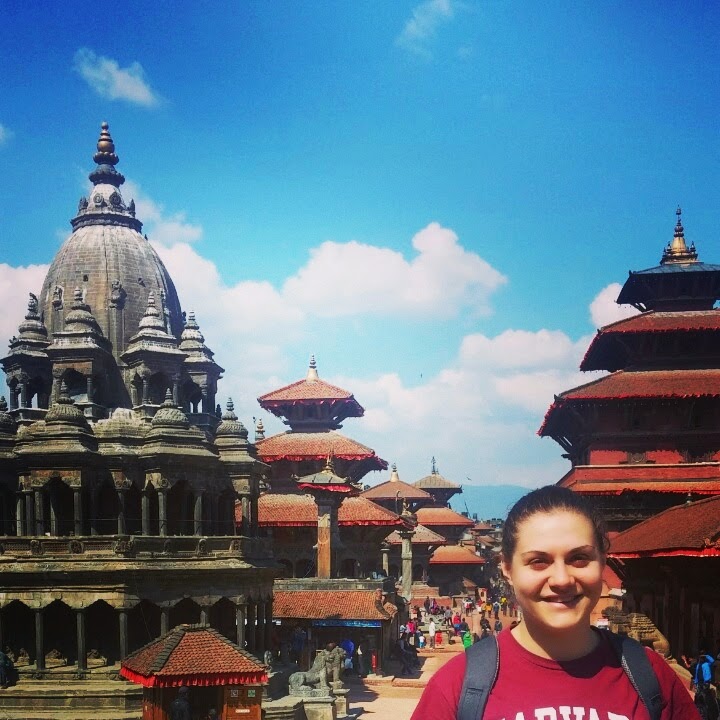 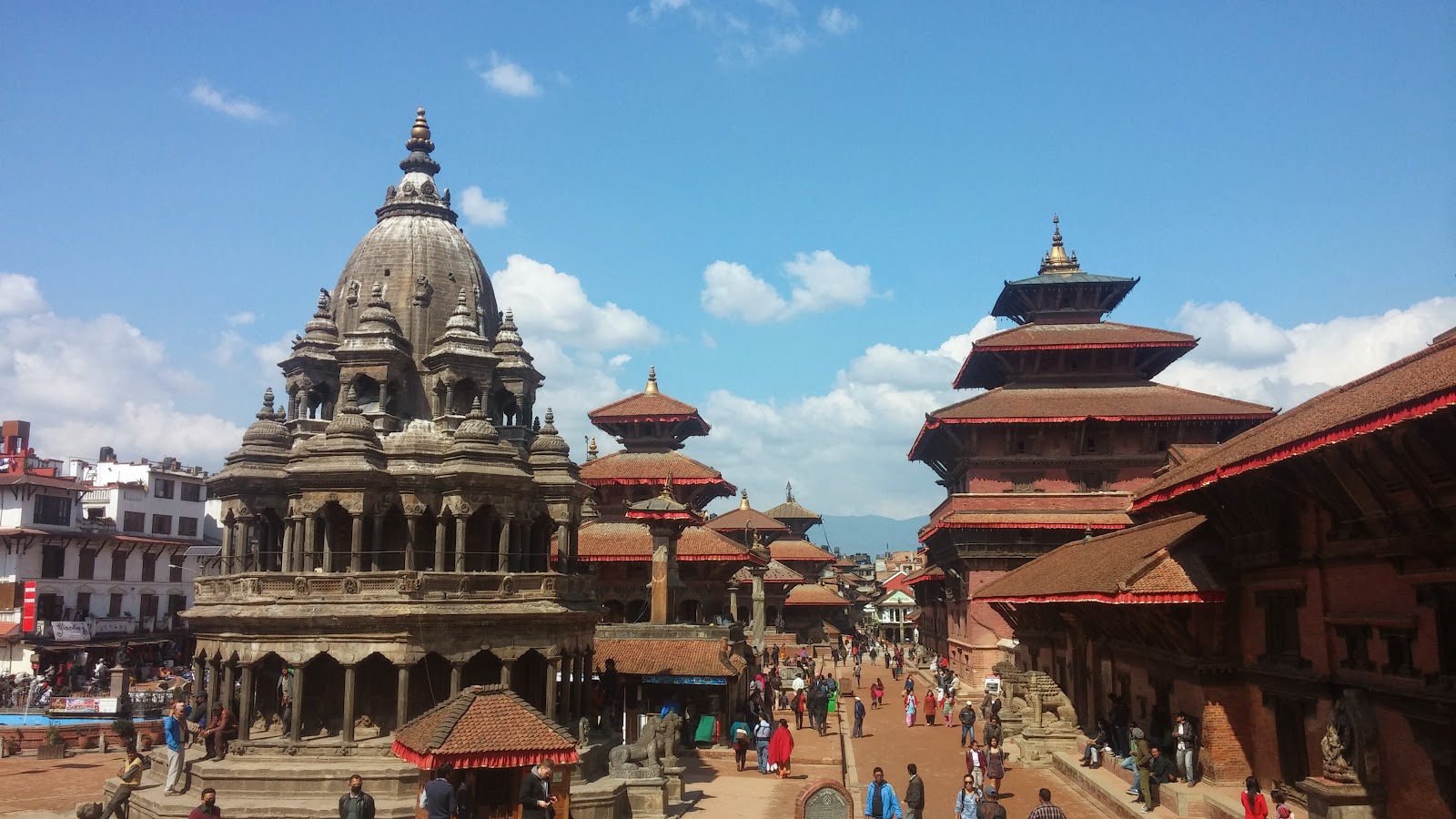 That REALLY must have taken some doing, as you can see the extent and size of them in the pictures.

We also went to the Garden of Dreams which looked quintessentially like a Victorian English garden. I would've felt right at home if it were only for a china tea set, finger sandwiches and scones. It really was peaceful in there despite the honks from the hoards of traffic outside. I also noticed that this place was the perfect for a little stroll with an admirer. So many giggling couples - it really was quite sweet and innocent. Unfortunately, my pictures of the garden were all taken on my camera so I have none to share. Maybe I'll try and upload them another time.

Rosie and I decided to head off into the shopping district, as there were a few things we wanted to get before we headed to Besishahar. I really wanted a cosy yaks wool scarf (which I got), but also ended up with a beautiful blue skirt. My shopping habits remain consistent wherever I am in the world, don't they...? We did get a bit lost, but actually it was great to have a bit of an explore. I find that you really get to see things properly if you get a bit lost now and again. Well that's my theory anyway...

Travelling on Thursday was an experience and a half! And boy was it a LONG journey... I was pretty gutted as well because we were travelling during the Holi festival but when we stopped in a couple of villages, the Nepalese were gracious enough to bless us with colour. I got a good amount of blessing as you can see here... 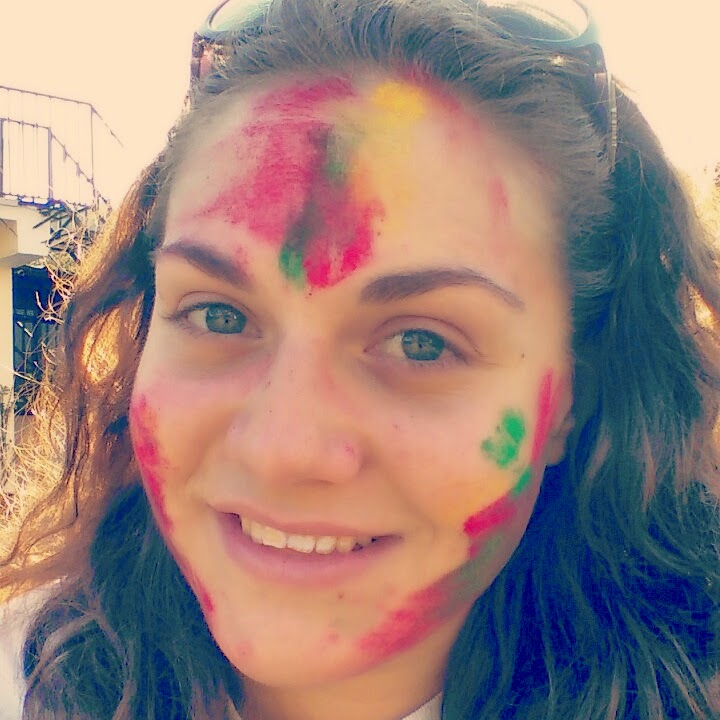 We arrived in Besishahar around 3.30pm and decided to have a bit of an explore of the town. There's a suspension bridge towards the end of the town which crosses to a very steep incline of steps. I presume this is how people living in the hills reach the town. I also found the people to be so friendly and smiley. Reassuring...

I woke up on Friday pretty early for 6am yoga. The views I have when I wake up are absolutely stunning. I mean look at this... 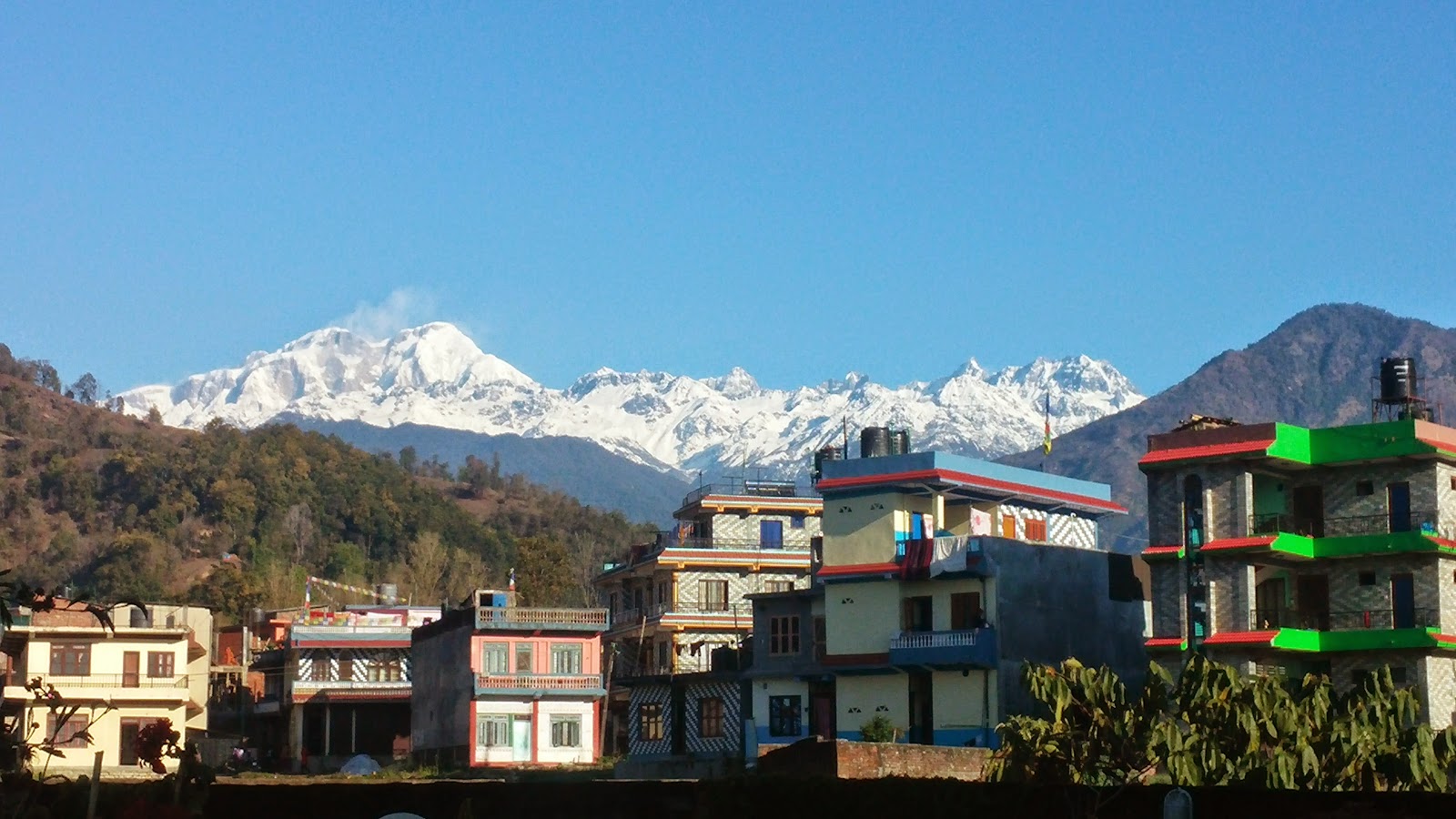 All my ideas of yoga went completely out the window when I had to majorly work out the abs... urghhh. Plus, when Steve Carrell (the yoga guy is literally Steve Carrell's Nepalese doppelganger) told us to relax our five senses, all I could think about was the taste of strawberry ice cream and smell of bacon and sausages. Not yoga, but torture!!!

Our training sessions have been great since we've been here, and it's really getting us to think about our time in community. I am REALLY looking forward to getting properly stuck in. Bring on the communities!!!