An earthquake that has shaken the world

Today I start this post with an extremely heavy heart. What should have been a post about my teaching experience in school has now become about a major natural disaster that has absolutely devastated a country and it's people.

I've had many concerns from a lot of family and friends from home, and let me assure you that I'm perfectly safe and well. Thank you to everyone who has contacted me to make sure I'm doing ok. Luckily, my network and data was working so I was able to make contact with people as soon as the earthquake struck.

As a lot of you know already, I am currently volunteering with VSO in the Lamjung district in a place called Duipiple. We were only approximately 35km from the epicentre of the earthquake so we could really feel the impact when it struck at around 12 noon on Saturday.
At the time, I was having a nap. I haven't been sleeping well in Nepal so was making the most of a quiet morning. I was awoken by what I thought was a large construction truck going past the house. It was shaking the house considerably, so I got up to investigate. I then realised after seeing people running out of their houses shouting or screaming, and other houses shaking along the street, that I was in the middle of an earthquake. I ran downstairs into a doorway and found my Didi clutching her children. We all ran outside to an open area and waited for the earthquake to be over. This earthquake measured (the measurement seems to change from source to source) around 7.8/7.9 on the Richter scale. 30 minutes later, another big aftershock struck the community.
It was a very surreal experience. I have never felt an earthquake before and I certainly won't forget this one in any hurry. It's an unnerving feeling when the ground moves beneath you. It wasn't as if it was a little bit; the ground was violently shaking everyone and everything. The tremors continued on average every 30 minutes for the rest of the day.
When I look back, I actually surprised myself with how I remained calm and collected. If I'm honest, it felt a little exhilarating feeling an earthquake, however this feeling very quickly disappeared when I heard of the destruction it had caused to the west of the district. 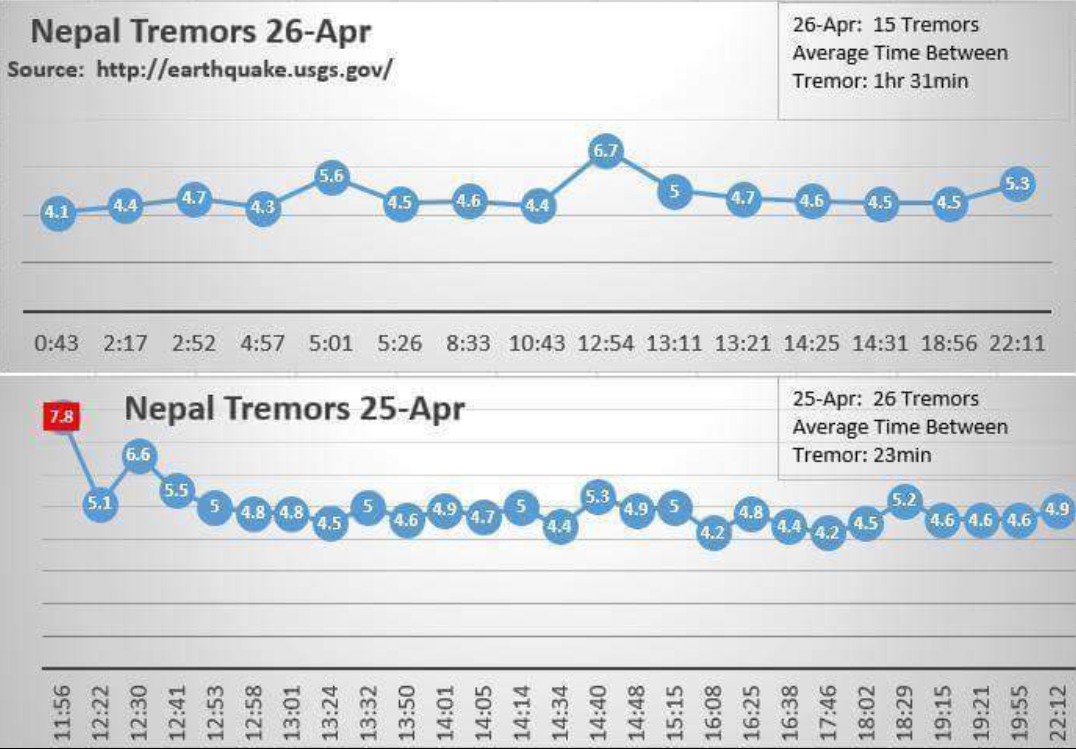 Tragically, Kathmandu suffered immensely with a lot of their World Heritage sites having been destroyed or damaged. But the real loss here is the lives. As I write this now, I believe the death toll has surpassed the 5000 people mark, with 1000's more injured or missing. The prime minister himself has said that the death toll could reach 10,000. A horrific number to even think about. Whole villages have been wiped out due to both the earthquake itself and landslides triggered by the aftershocks. The landslides have also meant that rural, mountainous villages are inaccessible. Trekkers and their guides on Mount Everest have been killed due to the onset of an avalanche the earthquake caused, with many more people trapped and waiting for a helicopter to lift them from base camp. This has been the biggest earthquake in Nepal for 80 years, and what's more, it was long overdue.

The aftershocks have caused as much damage as the earthquake itself. As I've previously mentioned, there have been landslides in the Kathmandu valley. Houses that hadn't initially fallen down from the quake then collapsed in the aftershocks. The aftershocks have even caused damage emotionally and mentally. Saturday night/Sunday morning was horrific for trying to sleep. The tremors were pretty constant and it meant that practically the whole community I live in slept outside. Everyone was on edge, waiting for the next tremor to come. When it did come, you could hear men shouting, women screaming and children crying. In those situations, you really just wish you could take their suffering away. We also had a 6.7 after shock on Sunday afternoon, which again shook the village to it's core.
The community have slept outside since Saturday night out of fear of even more tremors. You can see in the pictures their makeshift tents they have been using. 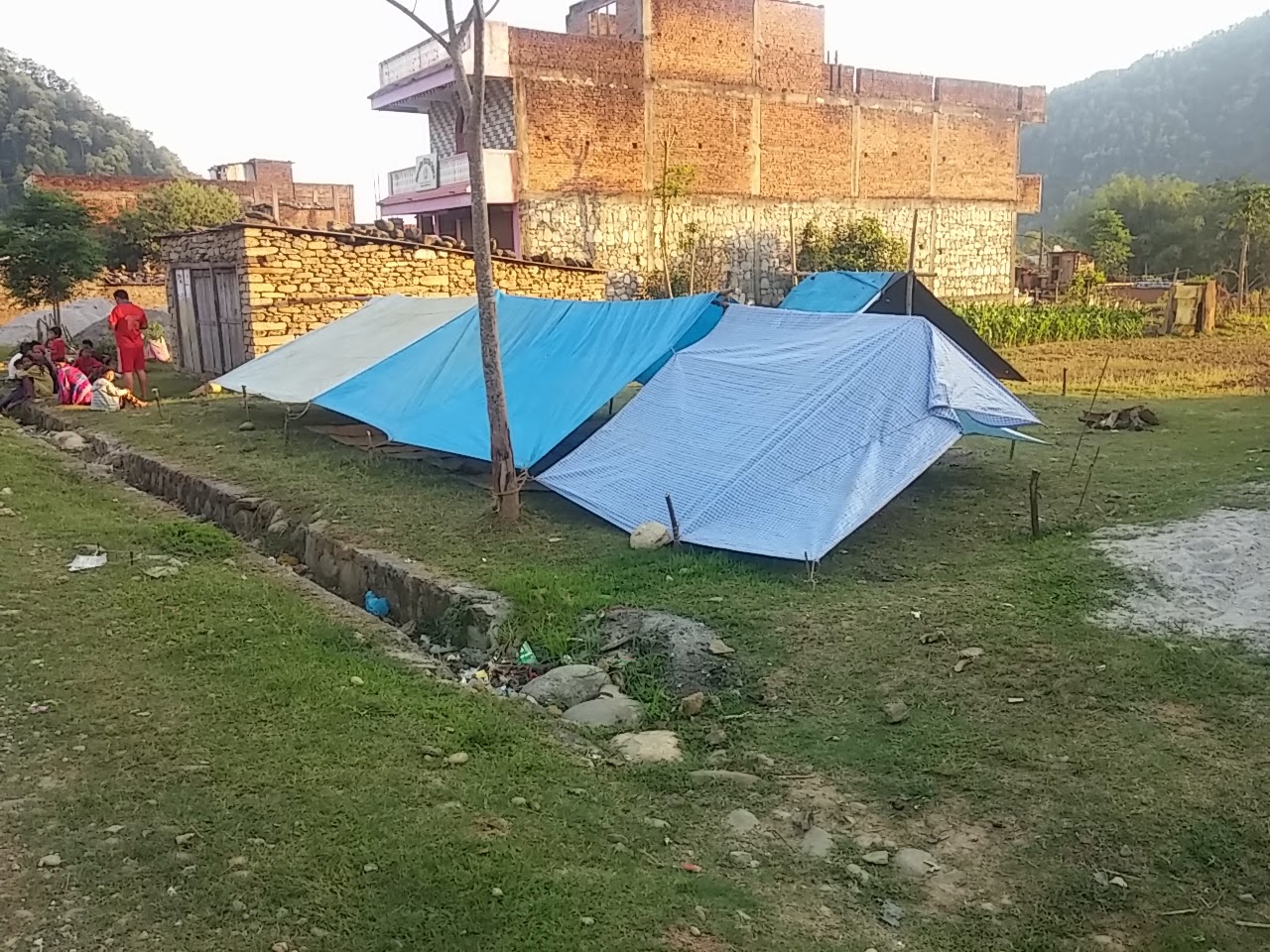 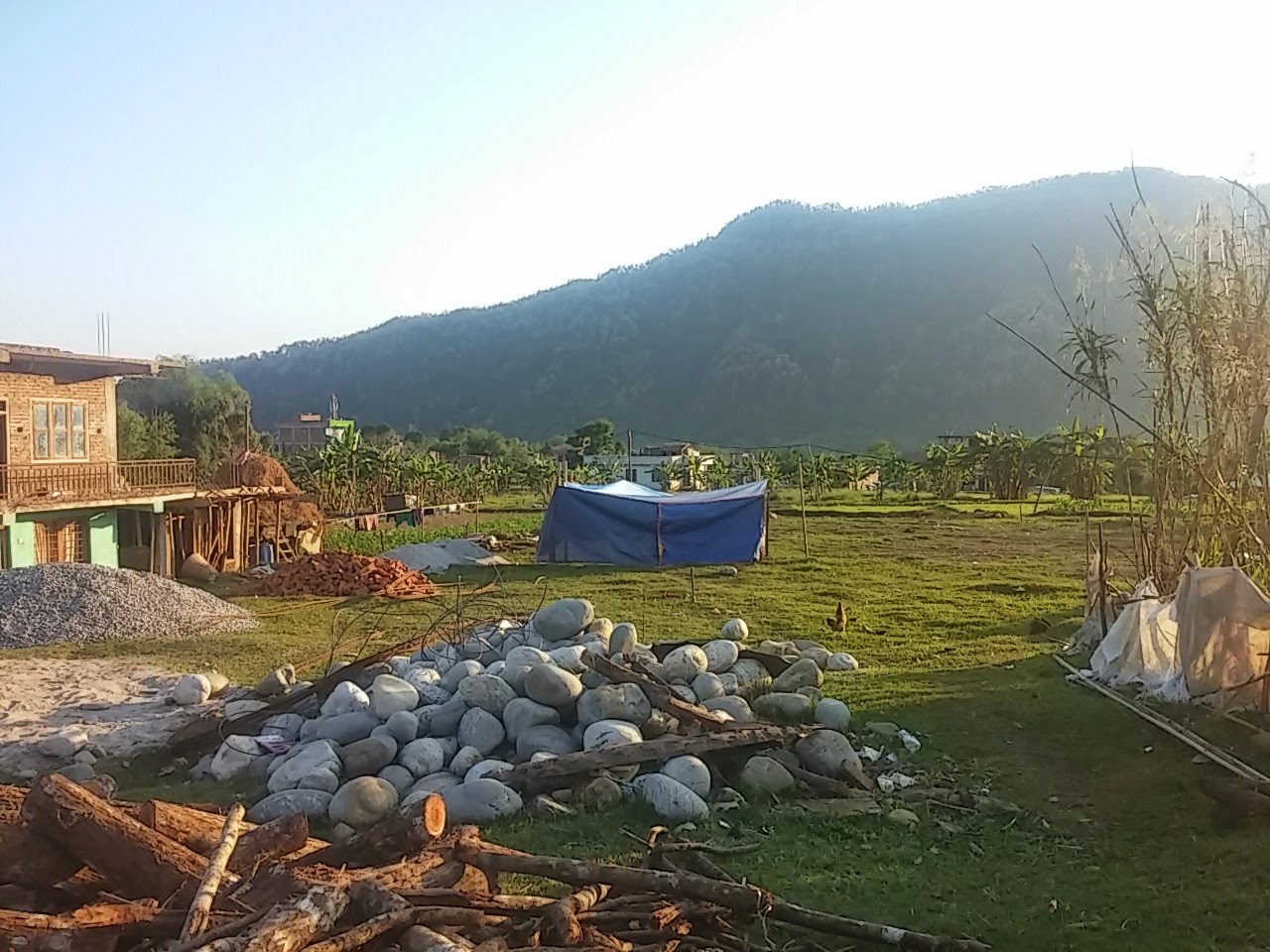 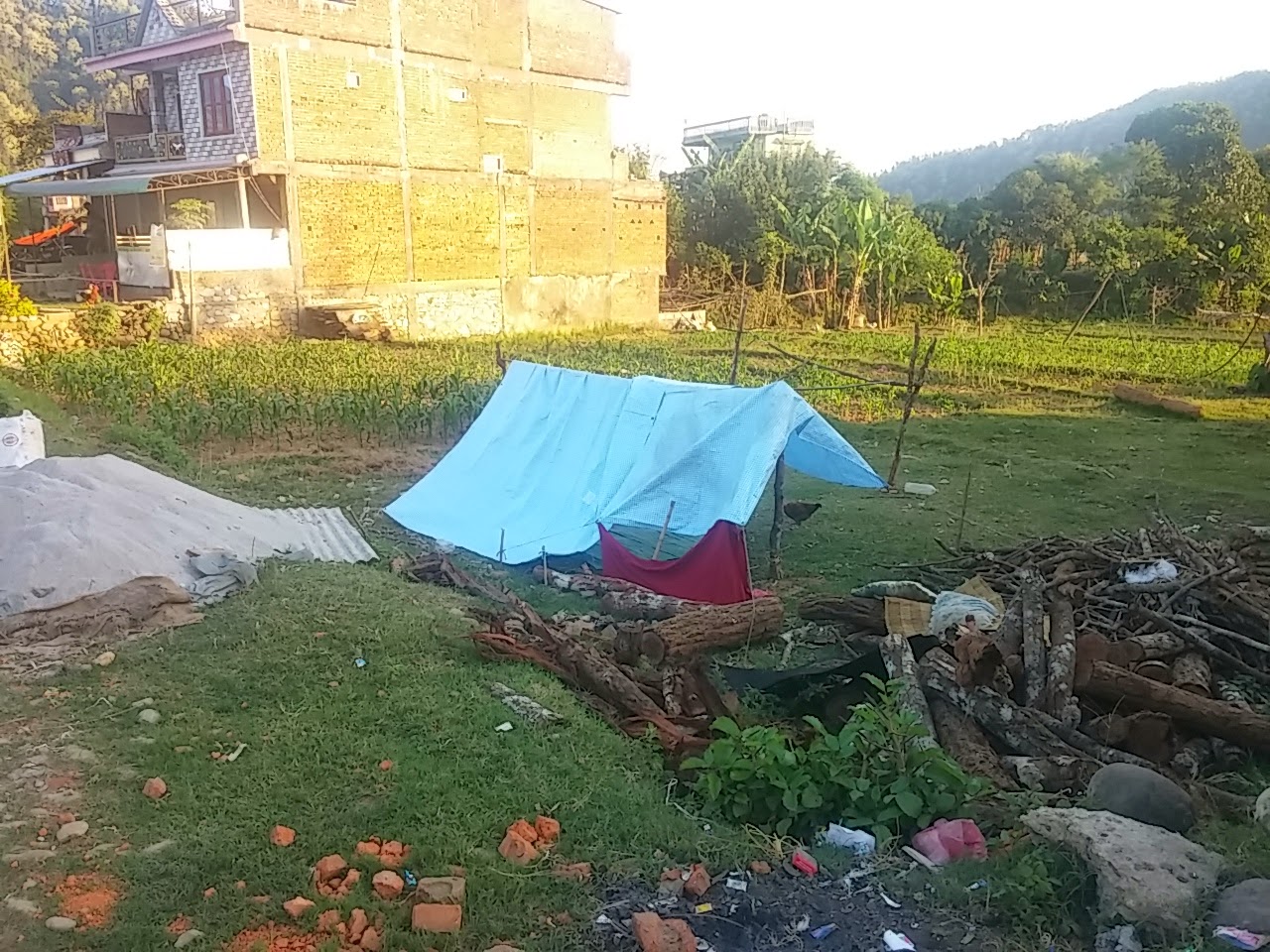 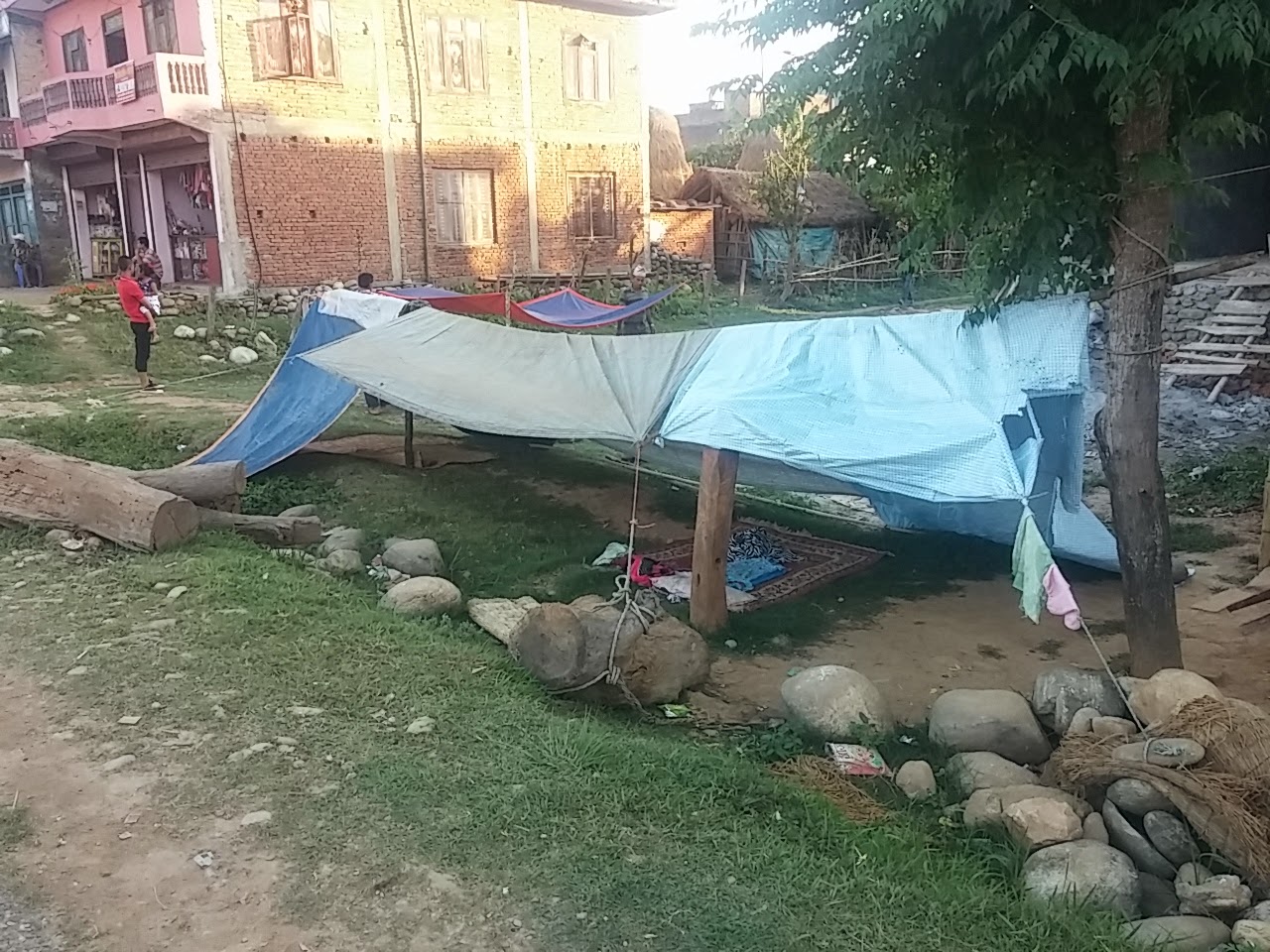 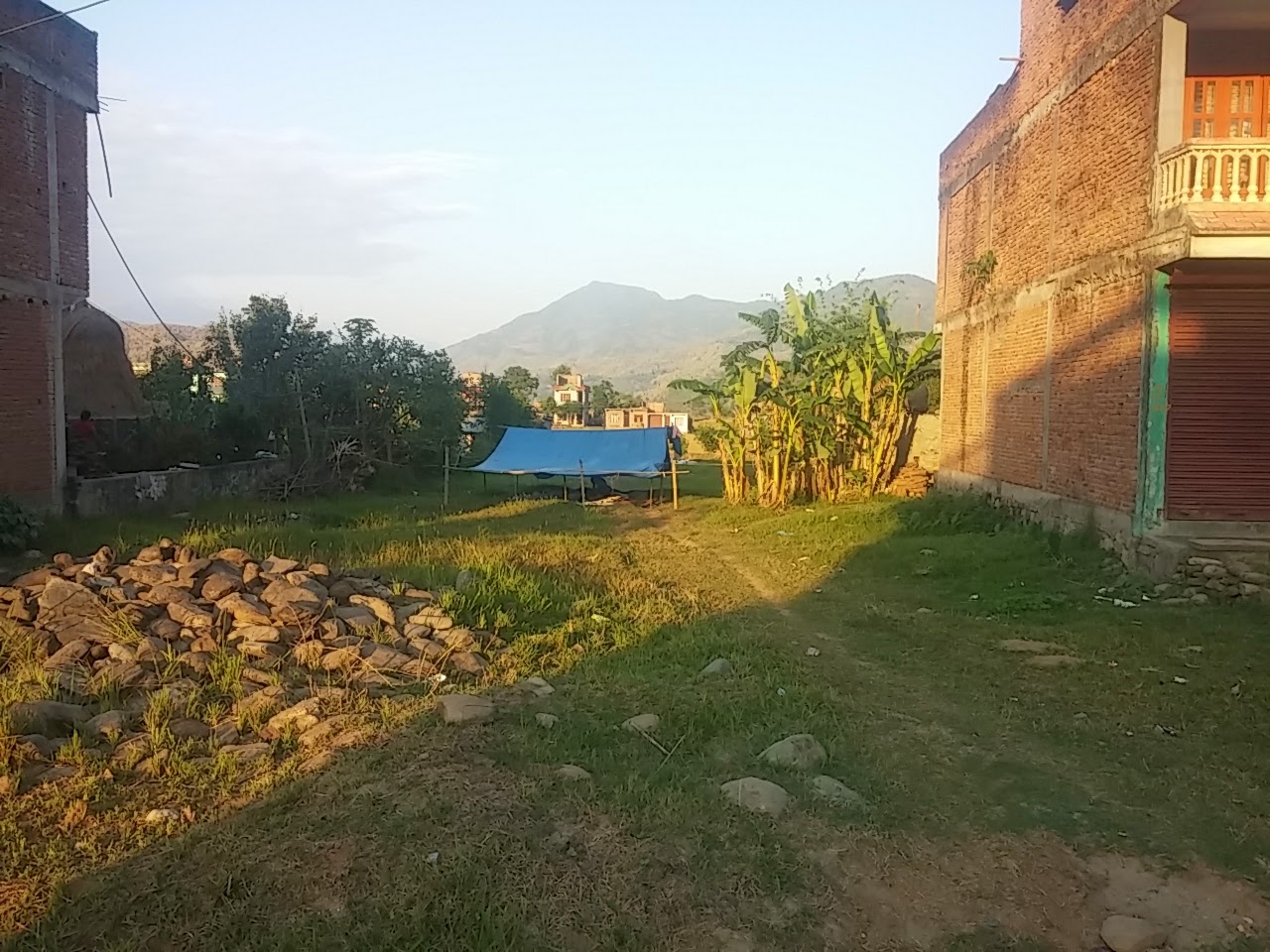 What's even more worrying is the rainfall and snowfall that could potentially cause more destruction. Nepal is notorious for landslides and if the country has more rain and snow as it is predicted, it could cause further chaos and destruction, thus taking even more lives.

Thankfully the family and friends of our Nepalese volunteers are safe and well. Most of our counterparts are from Kathmandu itself and naturally the images of devastation have broken both their hearts and ours. The main thing is that their family has their health, which can't be said for a lot of other people.

The priority for us now is to get our counterparts home to their families. Unfortunately, this means that we too will be leaving community and flying home to the UK. We've had confirmation that we will be leaving in the next couple of days so we've been asked to be packed and ready to go at any moment. It makes me incredibly sad that we can't help with the disaster relief in Kathmandu as I am just simply getting on a plane and leaving it all behind. Sure, I can do fundraisers when I get home, but I'm leaving having seen the devastation and pain that a whole country is going through. It makes me feel guilty that I can't do something in Nepal itself, having called this place my home for 2 months. I write this in tears because I'm leaving not only the Nepalese counterparts and host home, but people I now call my friends and Nepalese family. It really has affected me more than I ever thought it possibly could. Nonetheless, I have to think that I am not trained for this situation nor am I medical professional. I have goodwill to help out, but it is not what is necessarily needed at this exact moment. All I can say is that I hope Nepal remains strong and strives to come back from this extremely unfortunate natural occurrence.

The disaster relief has been incredible with numerous countries sending over helicopters to reach those in rural areas and medical teams to deal with the vast amount of people injured. They are also providing safe drinking water and items such as blankets to those sleeping outside. If you would like to donate to the disaster relief fund, then please visit these websites and donate to one of the many great charities that are all currently on ground in Nepal.
http://www.theguardian.com/global-development/2015/apr/27/nepal-earthquake-how-you-can-help-donate-aid
http://time.com/3836242/nepal-earthquake-donations-disaster-relief/

I've also shared a post of photos on Facebook that tell Nepal's Earthquake story.
Let's do what we can for a country that is in dire need of human compassion, and let us also remember to show as nations what Nepal stands for: