"Whatever you do, don't do it halfway"

What a milestone! Halfway through the project and everyone seems to have achieved a lot already. However, as the blog title states, we all have a lot more to do in our remaining few weeks. I'm really sorry it's been a while since my last post, but it's been pretty busy with Mid-Phase Review, our Community Health Programme CAD and team meeting on Sunday.

So... let me fill you in on what's been happening.

We left for Pokhara on Sunday 12th April and it took approx 2.5 hours to get there. We had lunch straight away and got stuck straight into our training. The first session (and probably my favourite session of the 3 days) was reflecting on our personal development. I was looking forward to Pokhara mainly because of the change in scenery and western food, but actually, I took a lot away from this session and the whole training in general. With the amount of physical work we're doing in community, its really easy to forget about the personal changes you go through on a programme like this. This experience has definitely made me reconsider future career prospects, and has helped me develop work skills. For example, project management has been vital for planning and implementing our CAD's within community. We as volunteers are solely responsible for the programmes, and if we weren't able to manage with this responsibility, we definitely wouldn't get things done. The second session was reflecting on our counterpart relationships and host home environments. Meetum and I are lucky to have a good relationship, and if we've ever had any issues, we've talked about it. This session was good to bring up anything that might need to be addressed. For example, Meetum openly admits to me that she thinks I don't eat enough, but I reassured her that if I was hungry or if something was wrong, then I would tell her. Plus we also talked about not relying on each other too much. Also, Meetum and I came runner's-up in the Mr & Mrs quiz. She assumed I couldnt ride a bike. She thought they meant motorbike! The third session was presenting on what we had done up until MPR and what's to come. For this, Meetum and I wrote a poem:

We arrived on a Tuesday in our community home.
We got off the bus and were all alone.
Duipiple, the centre of the country we're in.
At once we noticed, "Where was the bin?".
It got us thinking the waste needed picking,
So we went to VDC to get our brains clicking.
A litter picking day was planned for all to come.
It would make the town merry and a lot less less glum.
Litter was picked off of the streets.
Tea and biscuits were provided as the treats.
Managing the waste was the issue now.
We provided a workshop to show them how.
Mini greenhouses were fun to do.
The ladies had answers to give us too.
Bins are the next step for this small Lamjung town.
Recycling their products will mran they have waste management 'down'.
These are the CAD's we have done for far,
And now we are here for MPR.
A lot has been planned for the next five weeks.
It's crazy to think how quickly time creeps.
School sessions have been planned. We are ready to train.
The children can make a change from the knowledge they gain.
Menstruation, reproduction and the confidence to speak out,
The children will benefit from this, I have no doubt.
A community health programme was to take place in week four,
But issues arose that closed this door.
Worry not, this programme will be back.
It's taking place on the fourth of Baishak.*
This is what we've completed up until now.
Hopefully the second half will make you think "WOW"!

*17th April in the English calendar - just to let you know.

I think I have a future in writing poems for Hallmark. It went down a treat ;)

Speaking of treats... have I talked about the serious stuff enough to now divulge into the details of FOOD?!? Our first dinner was actually dining out in a bamboo restaurant overlooking the lake. In true British fashion, and to obviously make us feel more at home, it completely tipped it down. It was emphasised even more by the metal sheeted roof. A downpour and a half!!! Now imagine if you will... a moment where you've been so overwhelmed, that a little part of your brain goes into overdrive, and you go a tad crazy. This was exactly what happened to me when I saw the menu. I ended up sharing a plate of cheesy, salsa nachos with Rosie, and I had bbq chicken sandwiches with chips and salad. Let's not forget the cheeky two cocktails that accompanied this meal as well. They were polished off in no time and measures are DEFINITELY stronger in Nepal! Day two I got actual cornflakes with cows milk. COWS MILK! And toast. Glorious toast. Only thing that would've completed the toast would've been marmite. Lunch was a pizza. I obviously would've had one for dinner the night before, but it wasn't on the menu. A sweet Danish in the afternoon. Pasta in a tomato sauce for dinner. Day three. Omlette on toast. Chargrilled chicken wraps. Chocolate cake shared with Rosie in the afternoon. Stir-fry noodles. Day four. Lots of toast. Chicken schnitzel sandwiches with chips and salad (these were unbelievably AMAZING!) and a frozen yoghurt. I also managed to get a lot of fresh fruit juice into me from this trip which was so satisfying. Miss lots of fruit and veg! However, after eating all this glorious food, I don't think the stomach could handle the western food overload. I felt a little bit sick in Pokhara but as soon as I got back to Daal Bhat in community, it actually settled... This is just my luck, and I guess that means no binging on burgers or lasagne when I get back then.

We also had some really lovely free time in Pokhara whereby we had a bit of an explore of the city. It was New Years whilst we were there and Nepal is in the year 2072 now. There were lots of things going on in the streets with people dancing, playing instruments and oddly, there was a large parade of motorbikes down the lake road. Loud motorbikes too. On New Years Day, the whole team headed down to the lake and we boated around for a couple of hours. It was honestly so peaceful with the Himalayas and the Peace Pogada in the background. Plus, it was sunny so topped off the boating experience even more. On our last day, Rosie and I went to a supermarket. Yes... an actual supermarket that had refrigerated cabinets and shopping trolleys. But the nicest part was our long walk back chatting the entire way. Let me just emphasise that it was a LONG way. Nice to have a heart to heart now and again isn't it?

Thanks for planning a good MPR Aweg, Kuldeep and Miranda =)

After we got back from Pokhara on the Wednesday, we had to start prepping for our Community Health Programme on Friday. It was a very successful day with approximately 30 people turning up from 13 households. The community is a Dalit village who are a group of margainalised people shunned from Nepalese society. The purpose of the programme was to allow the Dalit community access to healthcare and to build a better relationship between the community and health post. The general feedback from the programme was that they were very happy to get check ups and required medication, and the community would now go to the health post and see the health assistant if they were ill, instead of travelling hours to Pokhara. They also felt happy that their care would continue having now developed a relationship with the health assistant.

Our team meeting was really interesting on Sunday, as Jita and Soti Pasal team members; Rosie, Jeshmina, Nisha and Keah, led their ACD on female empowerment. One really good idea from Rosie was a world map that had facts about the limitations on women around the world. It was surprising how close to home some of the facts were and the shock factor of how women are treated globally. Good job guys! It really was an informative and thought-provoking session. One you should be proud of too!

Lastly, Duipiple are currently hosting a Dutch organisation called Medical Checks for Children, who have worked here for the last 4 years (this being the 5th and final year). They have noticed reoccurring problems with children in the area and these include anemia, worms, malnutrition and dental problems. As we have roughly 4 weeks left in community, we made them aware that if they would like us to discuss a particular topic within the school, we'd be more than happy to help. Meetum and I have also produced leaflets on ten common childhood illnesses, which will hopefully contribute to the great work this organisation is already doing.

So that's about it really. Meetum and I will hopefully be teaching some school sessions by the end of the week, which include menstruation, general sexual and reproductive health, climate change, female empowerment and healthy living, and... we have a few more CAD's to run which are commercial vegetable growing, healthy livestock, cervical cancer awareness with a pap smear and the unveiling of the new community recycling bins.

Sorry once again for not posting something sooner, but I promise the next post will be within the week. 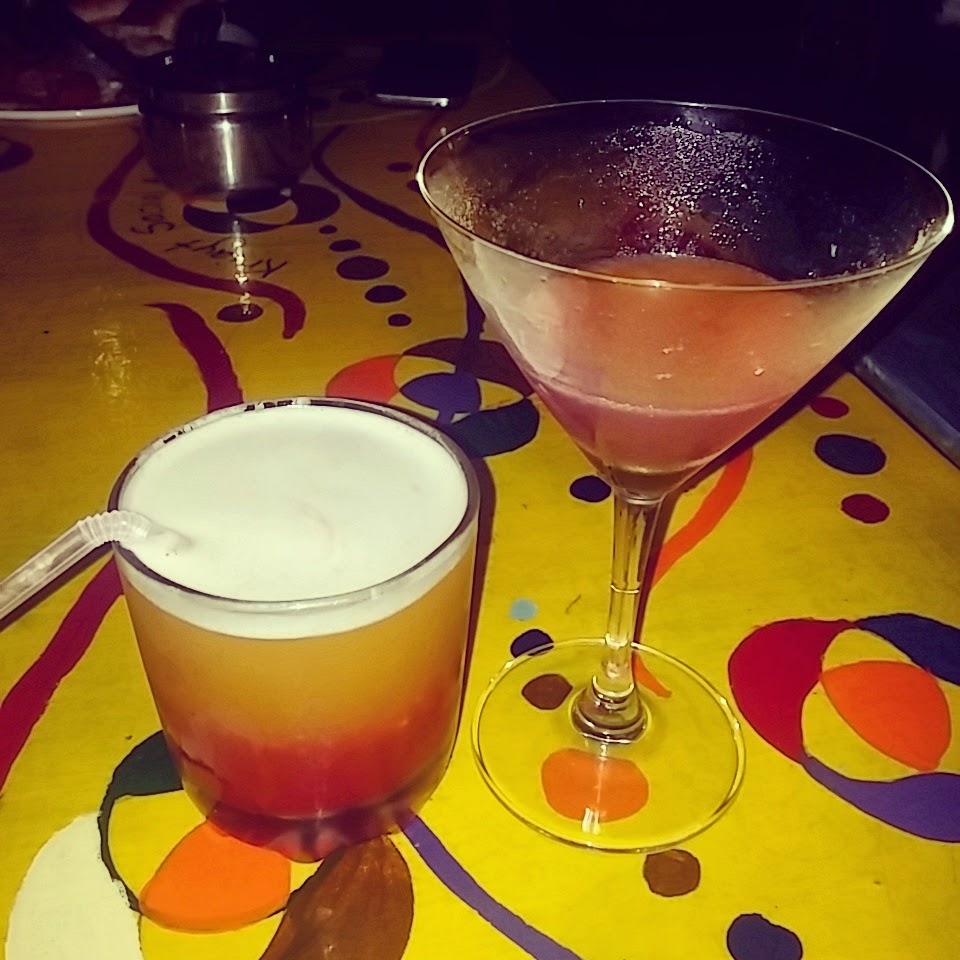 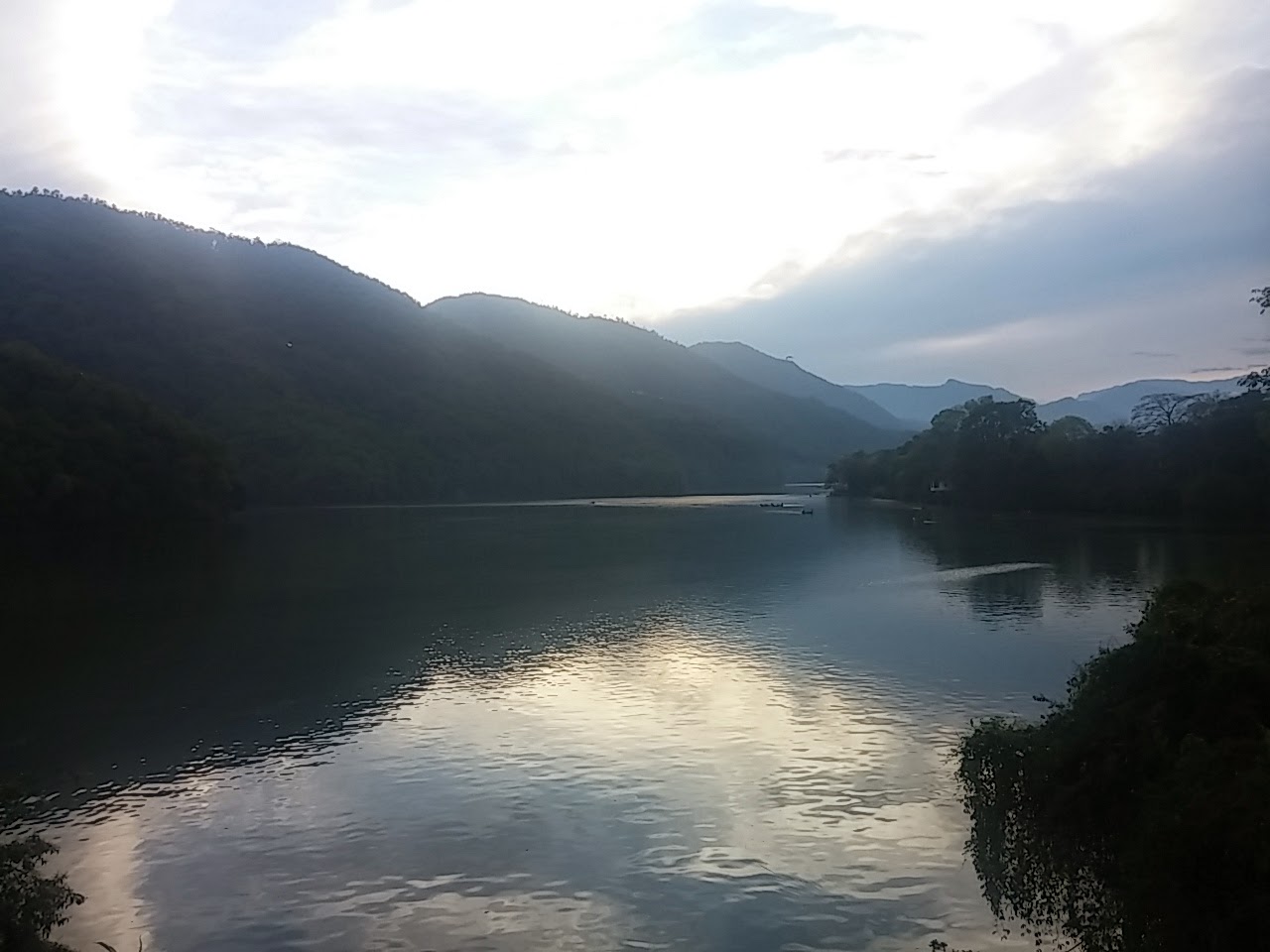 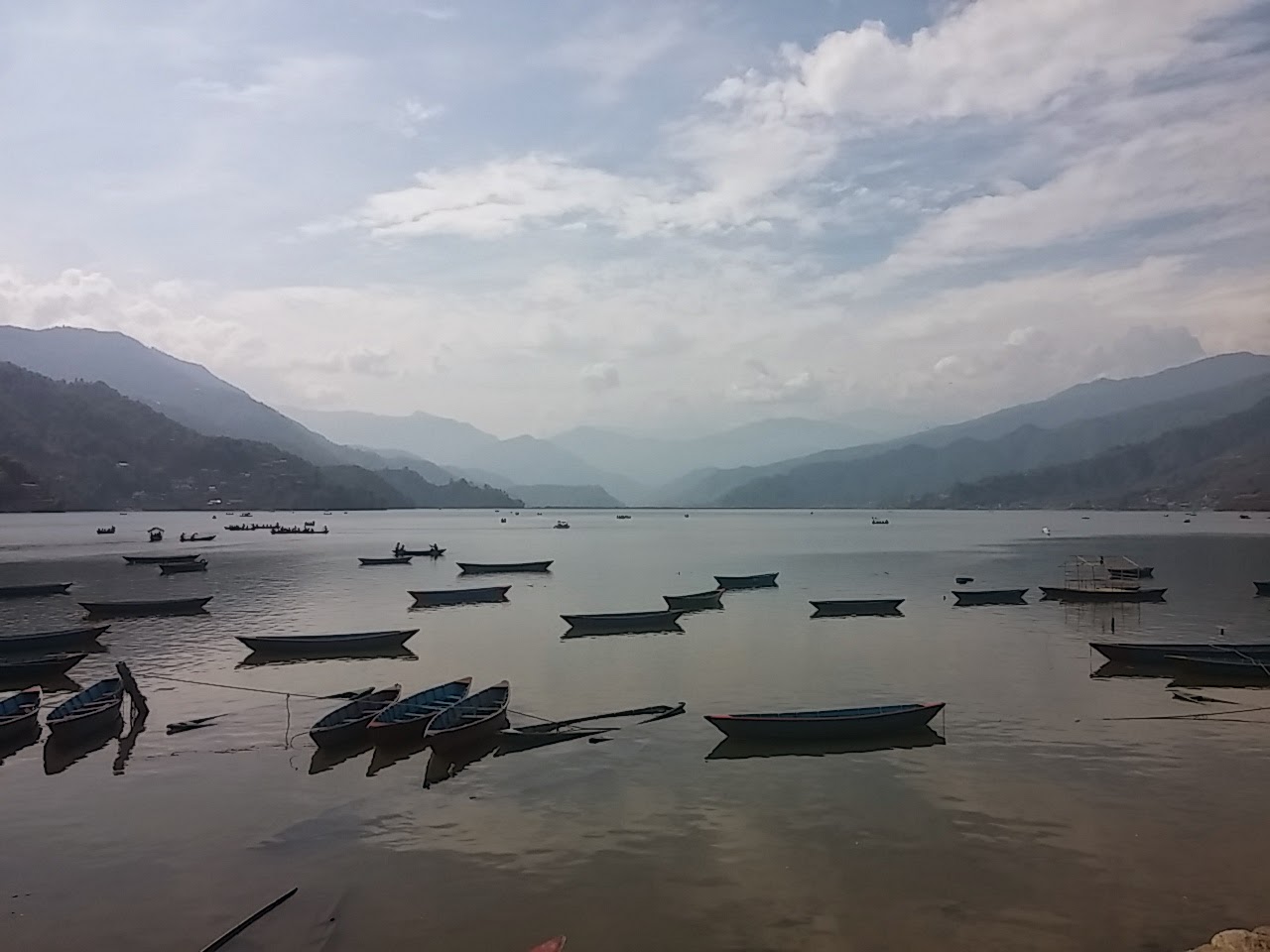 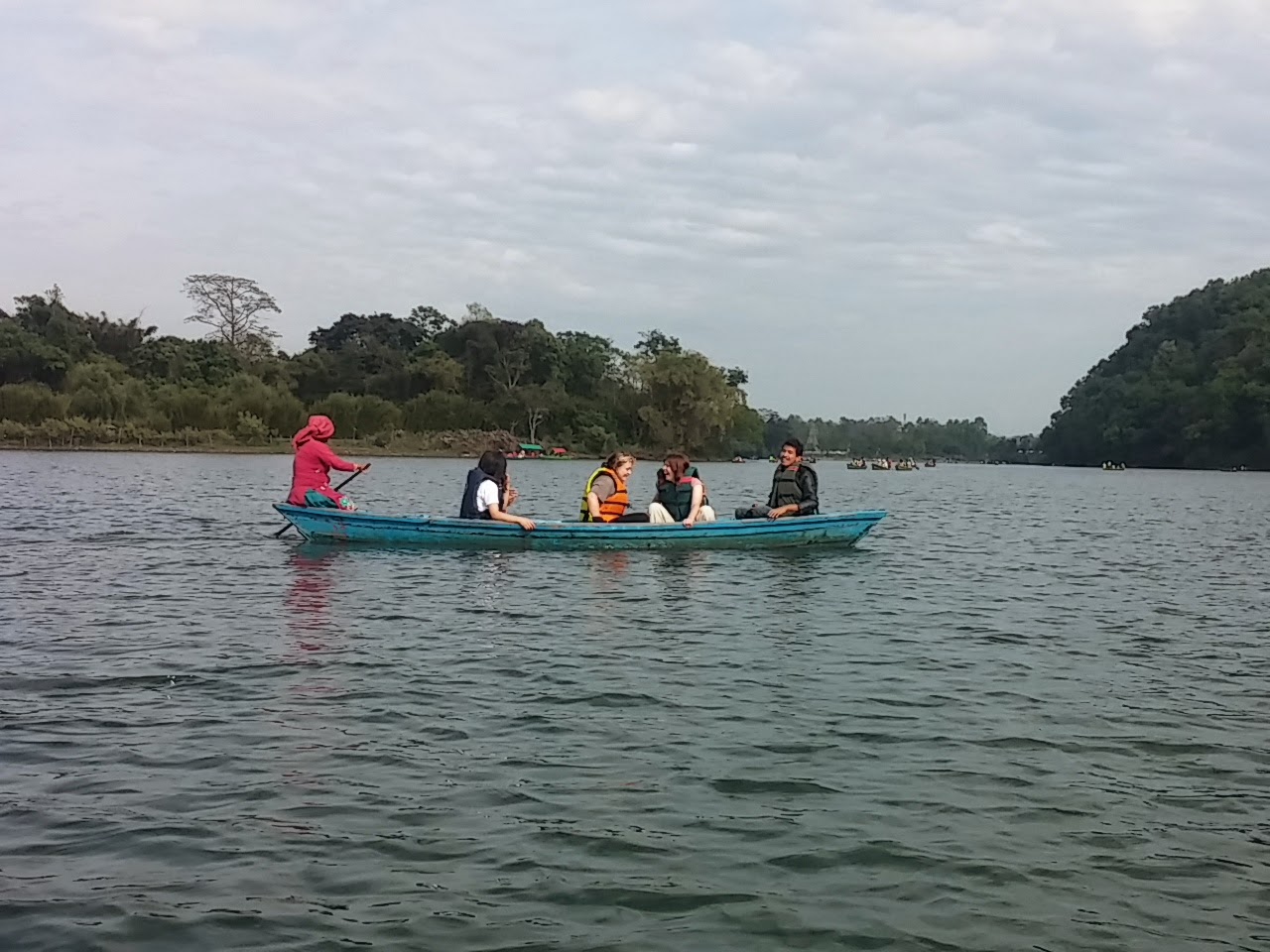 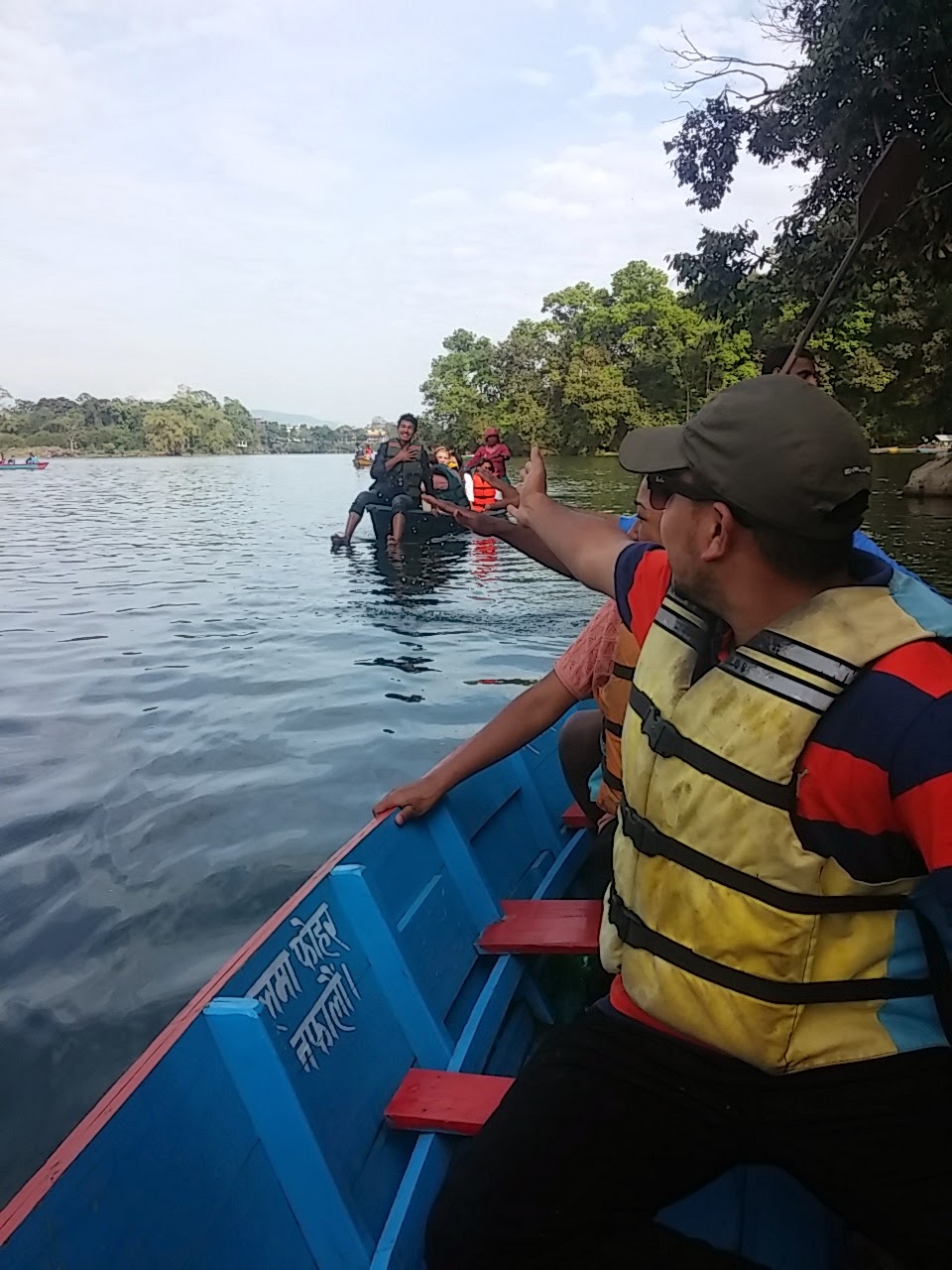 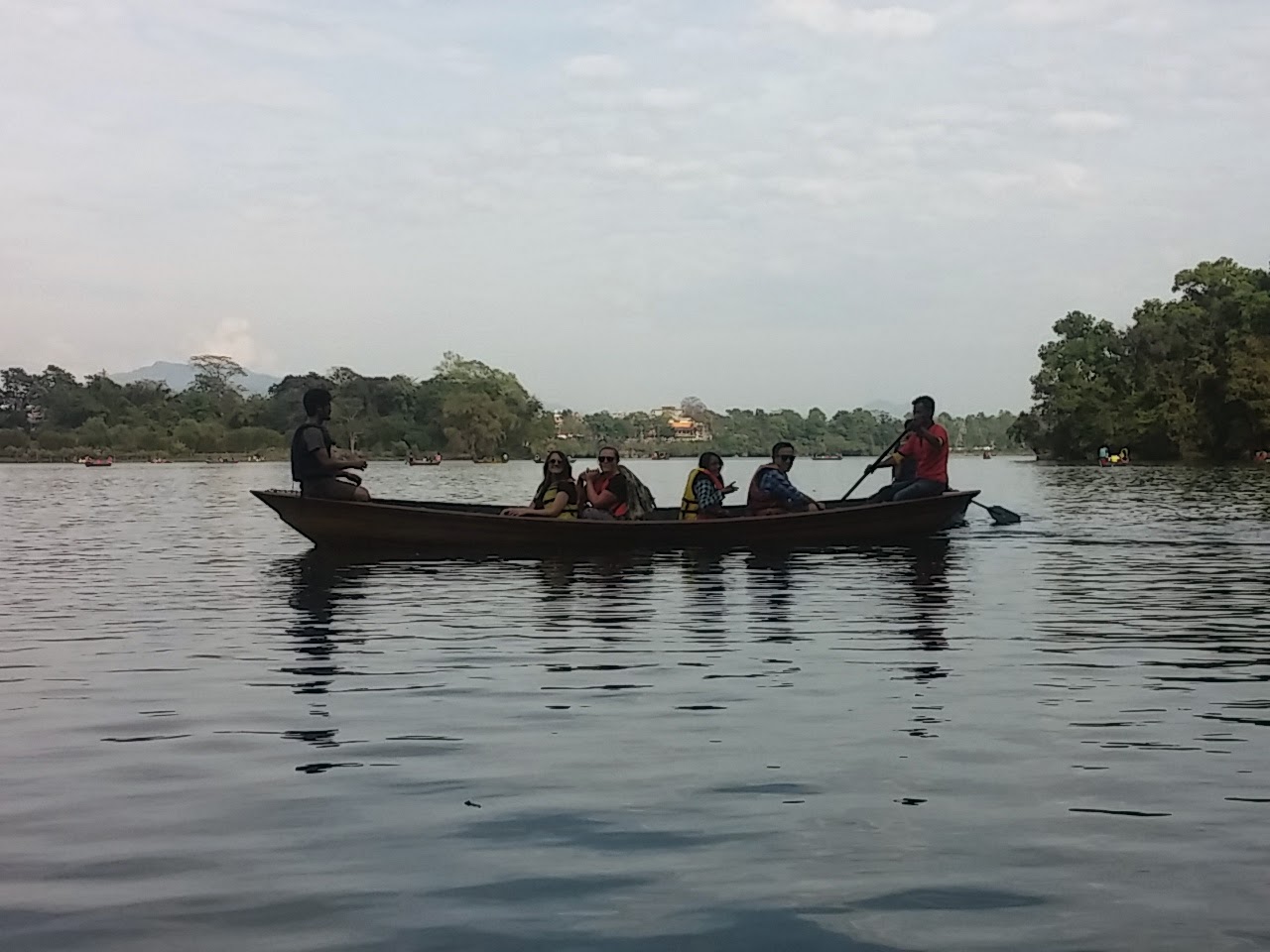 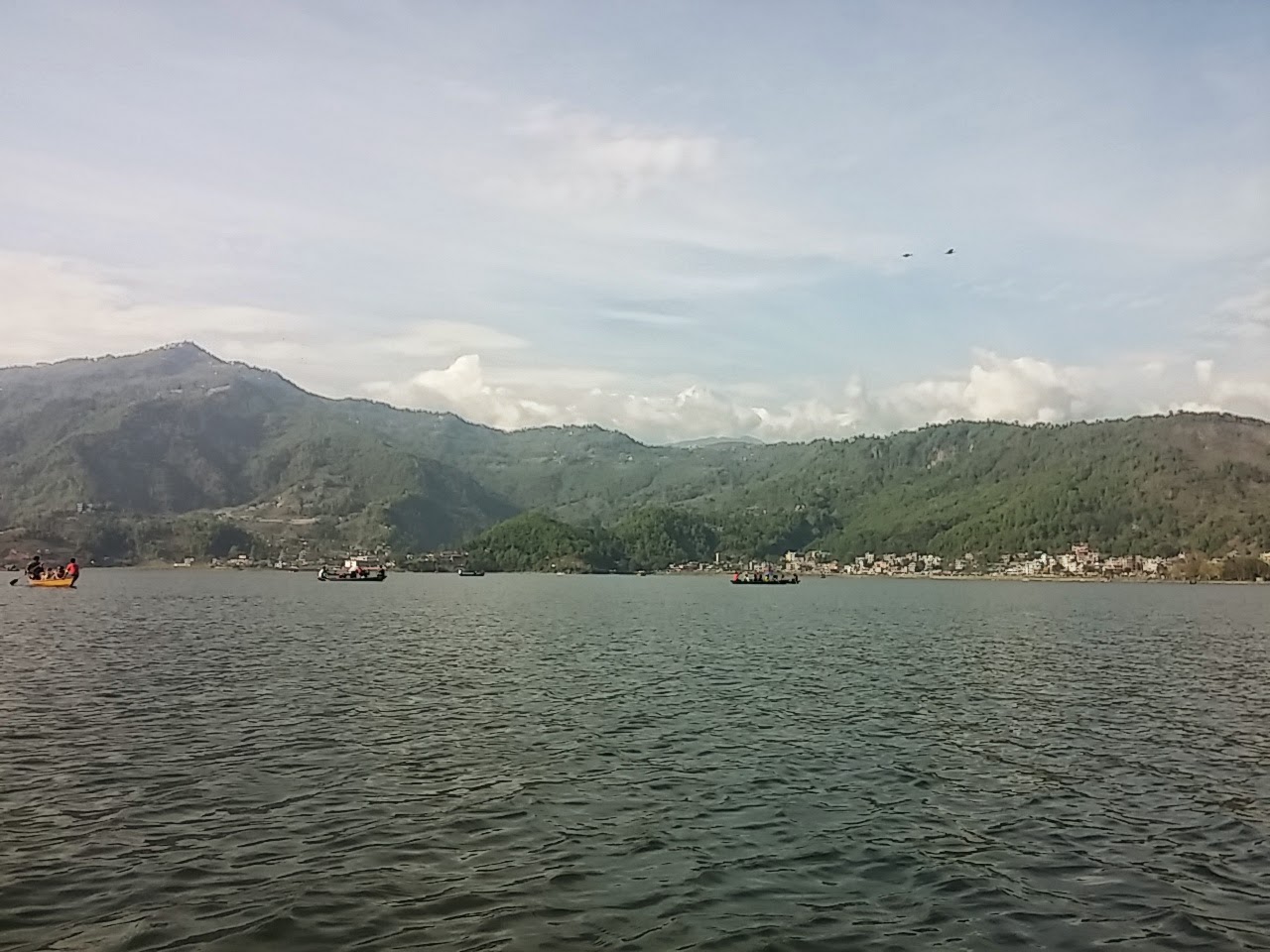 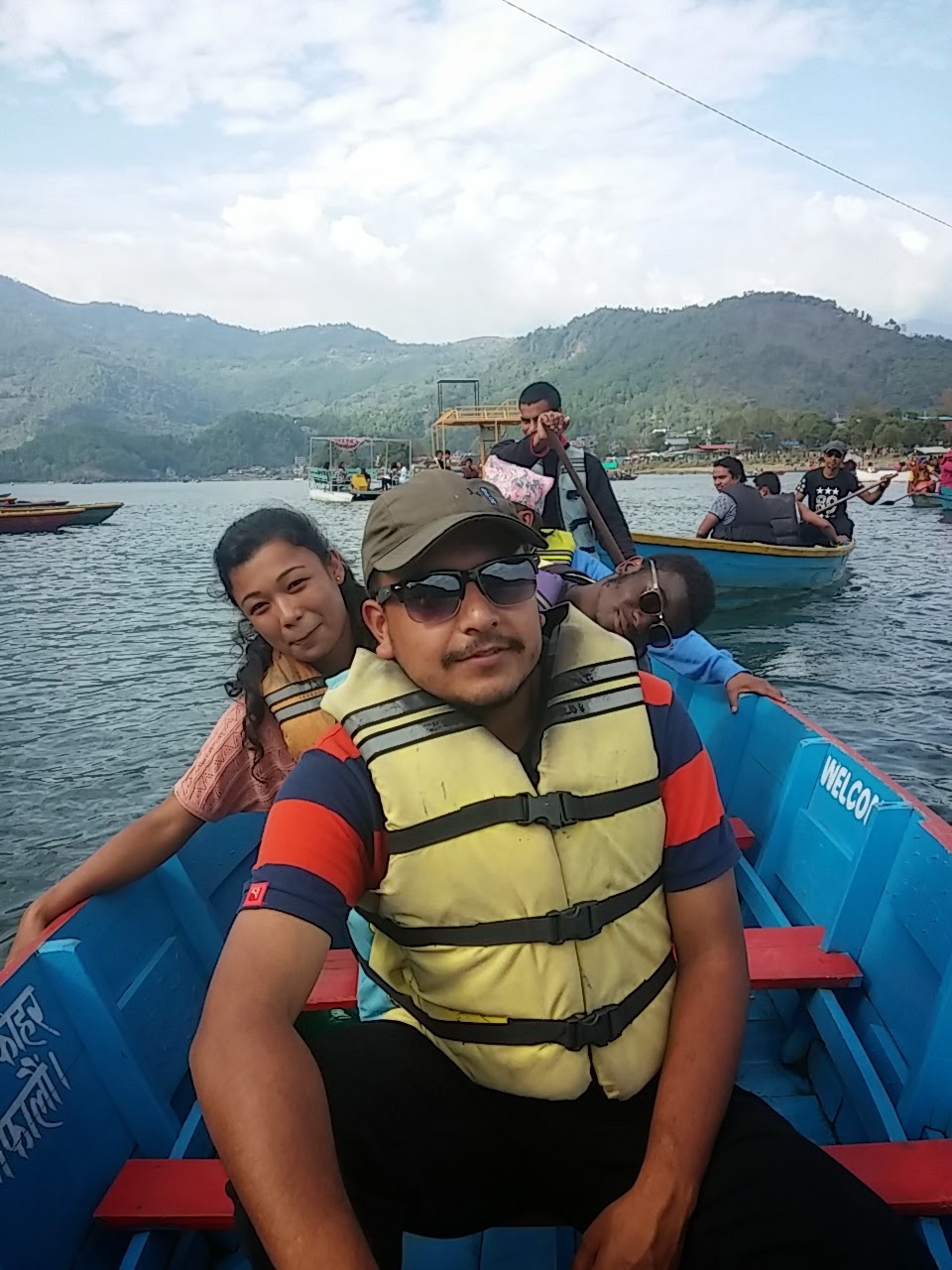 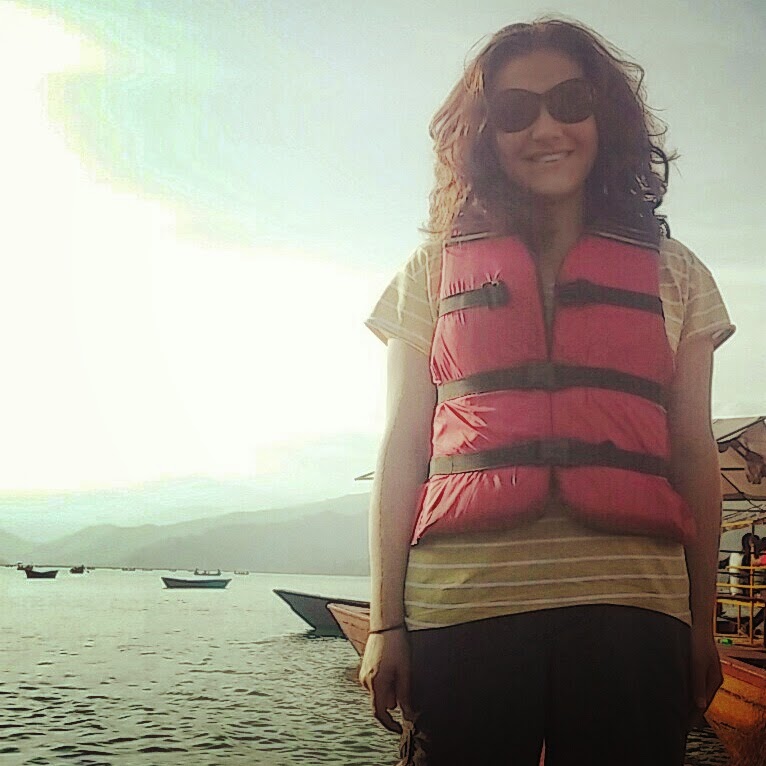 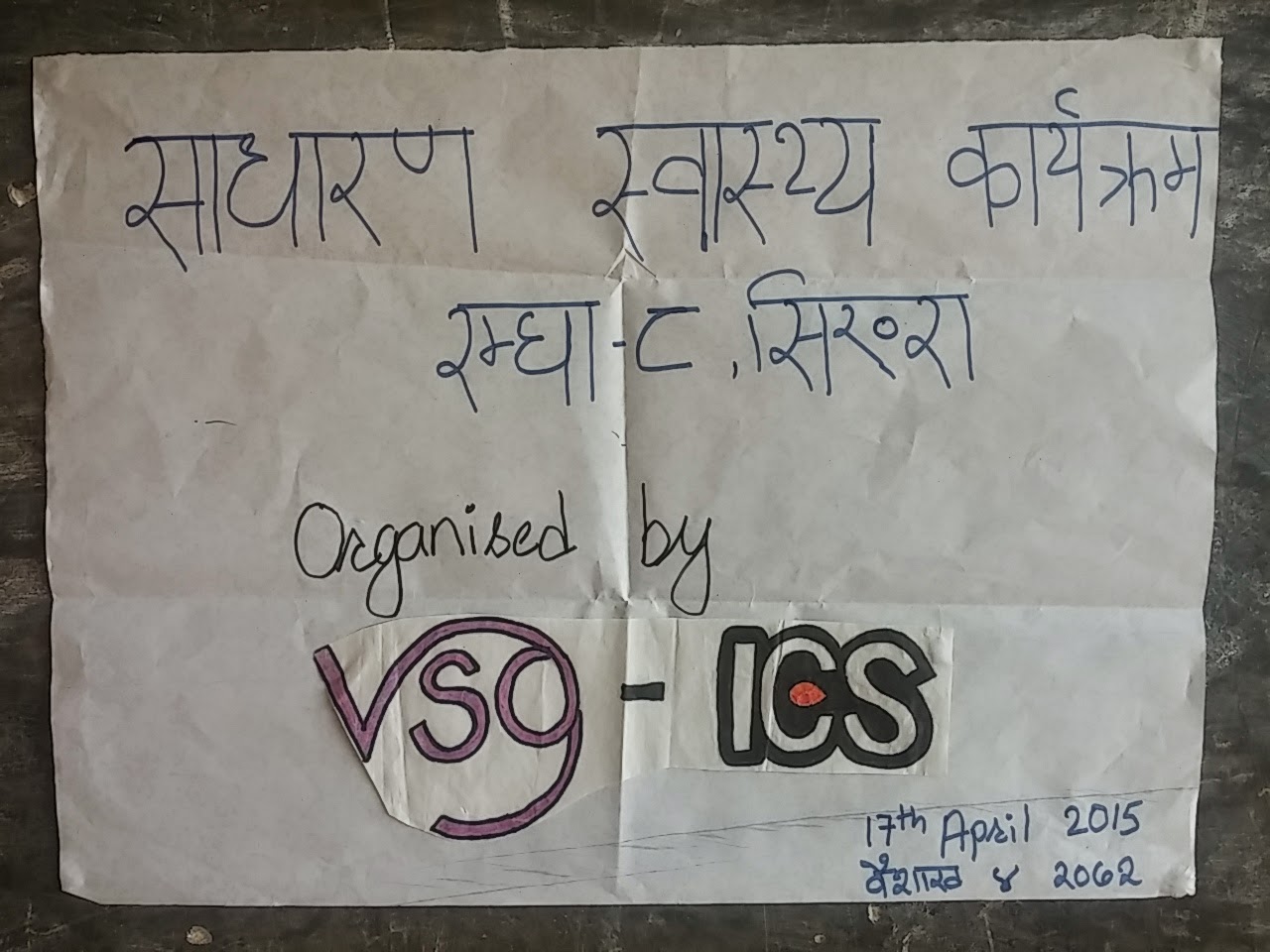 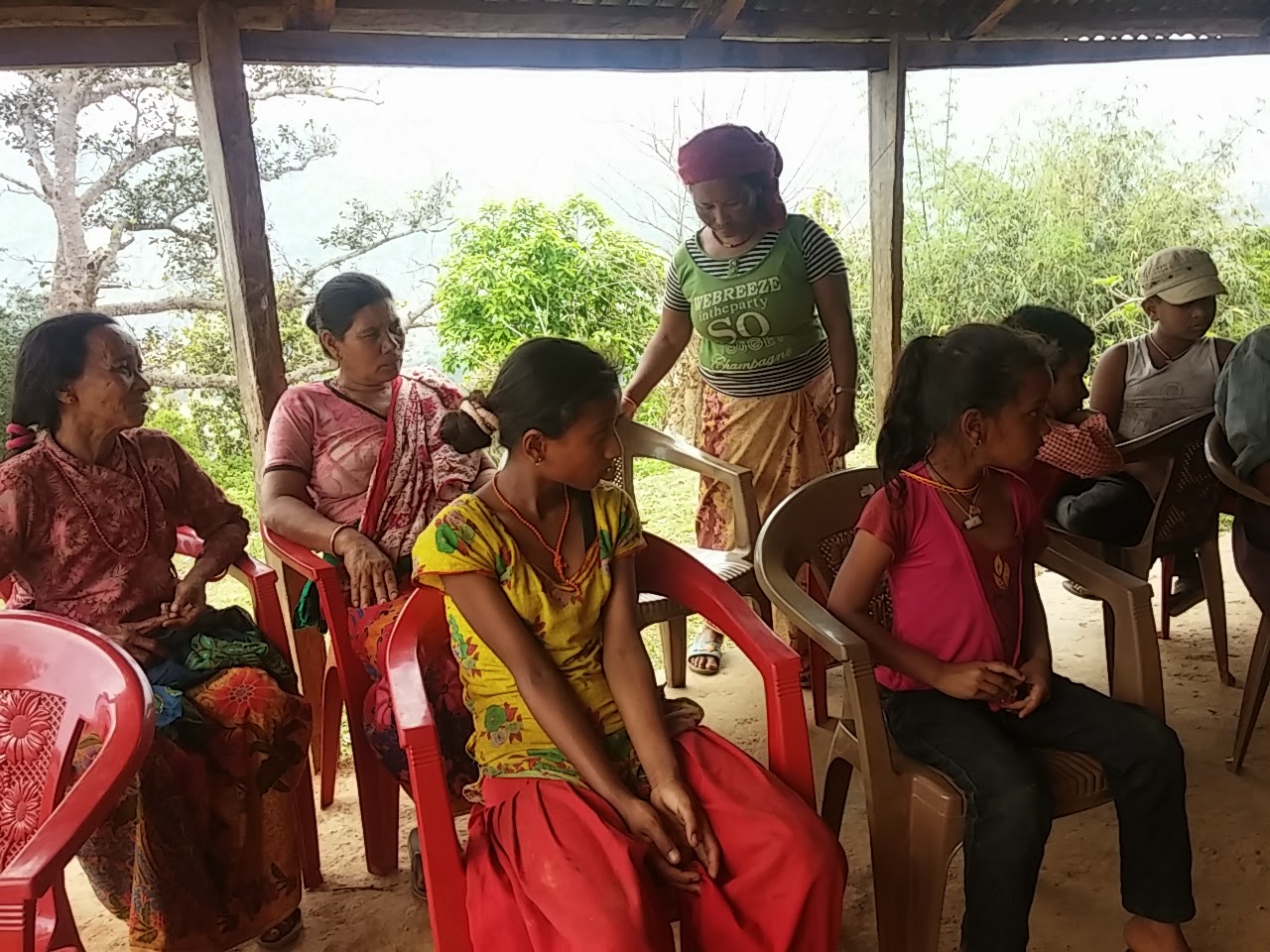 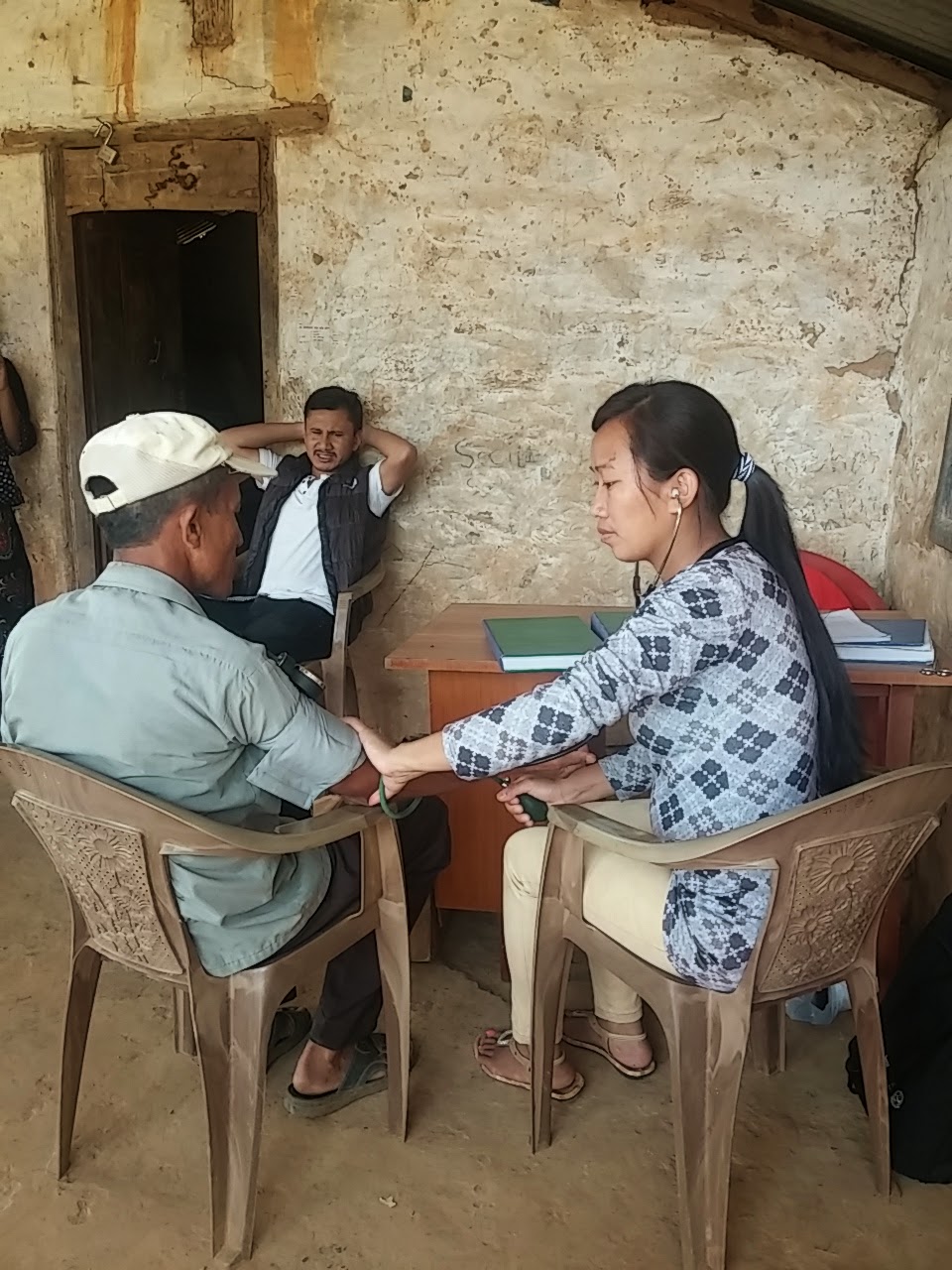 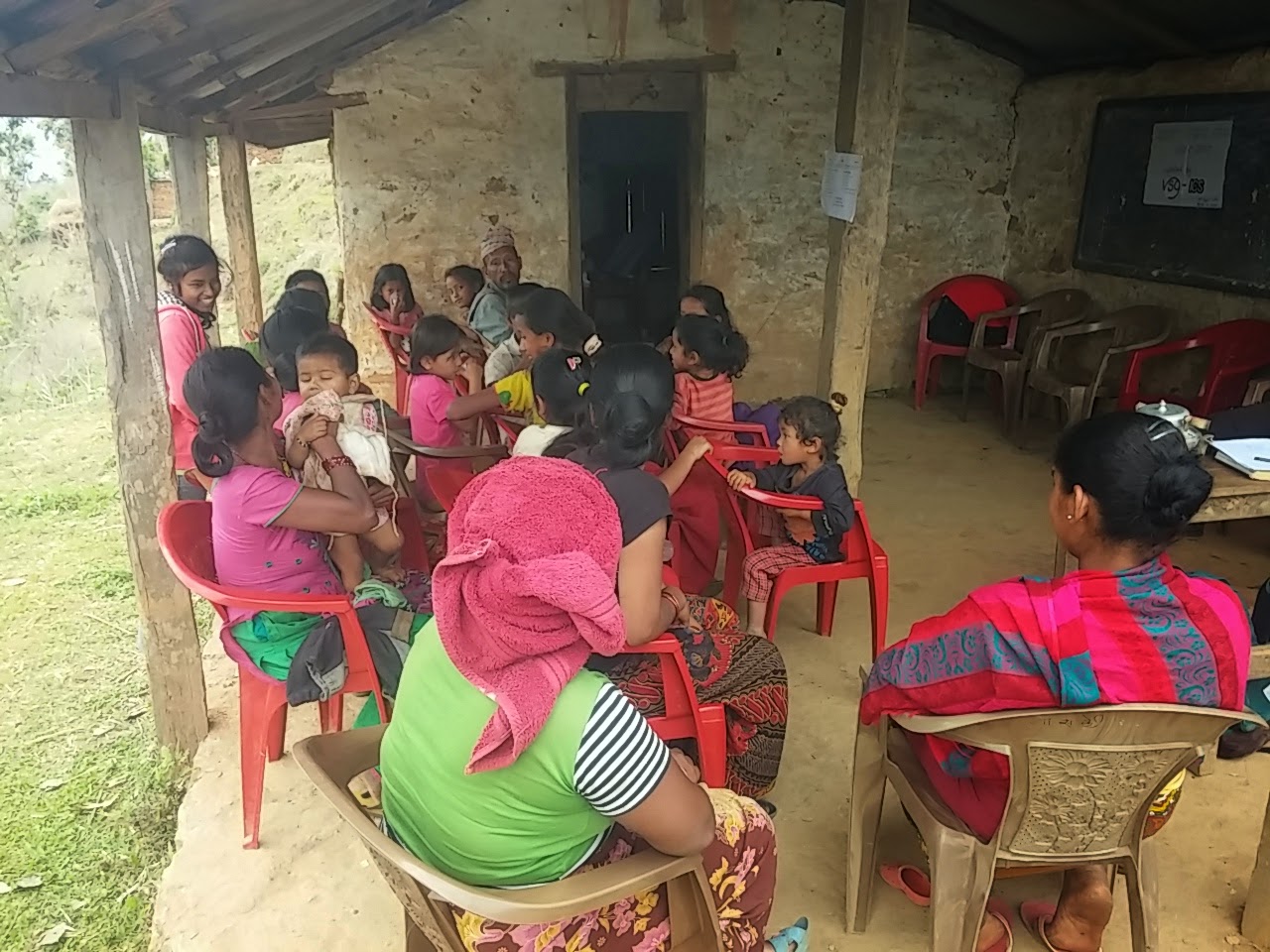 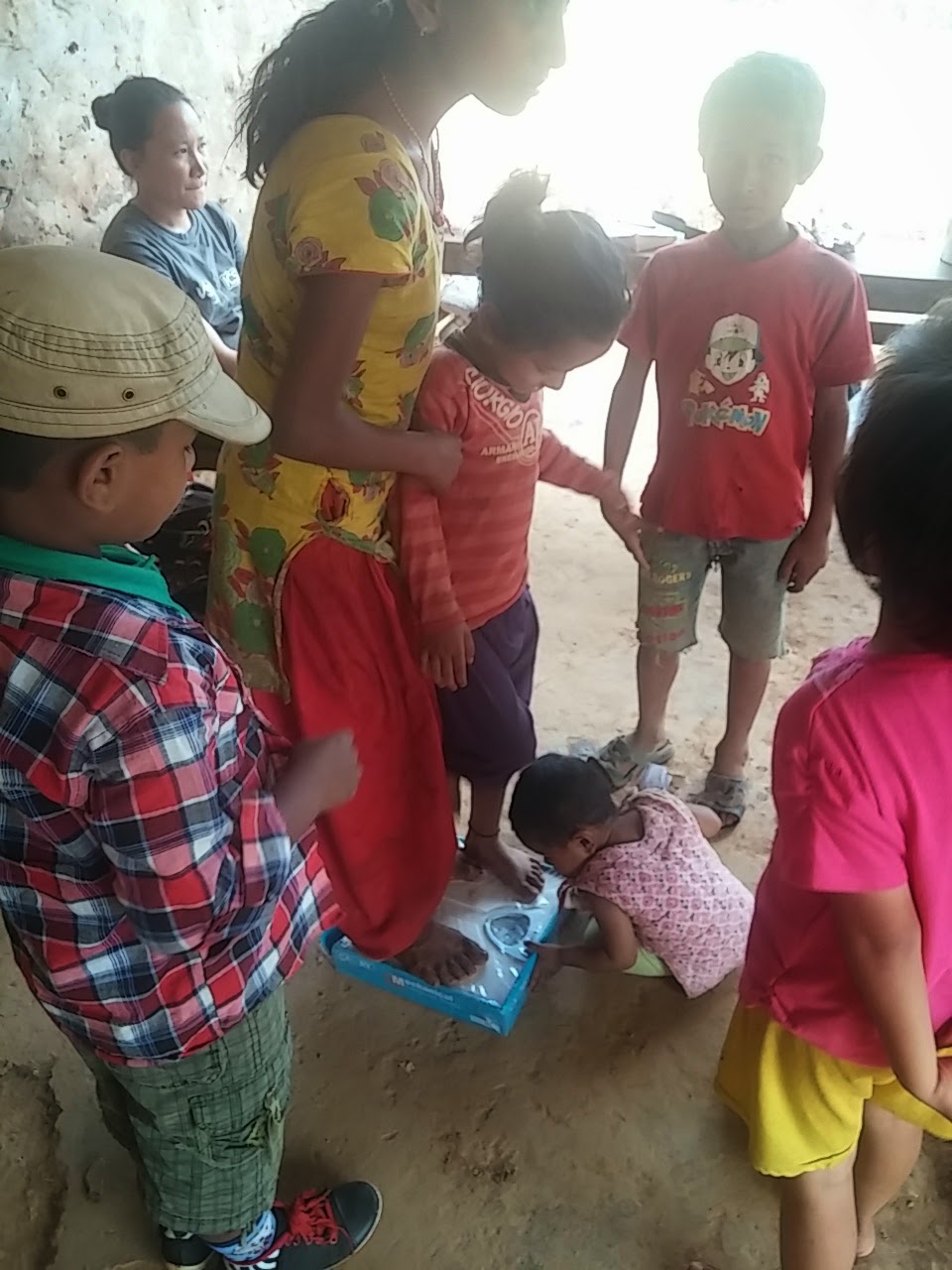 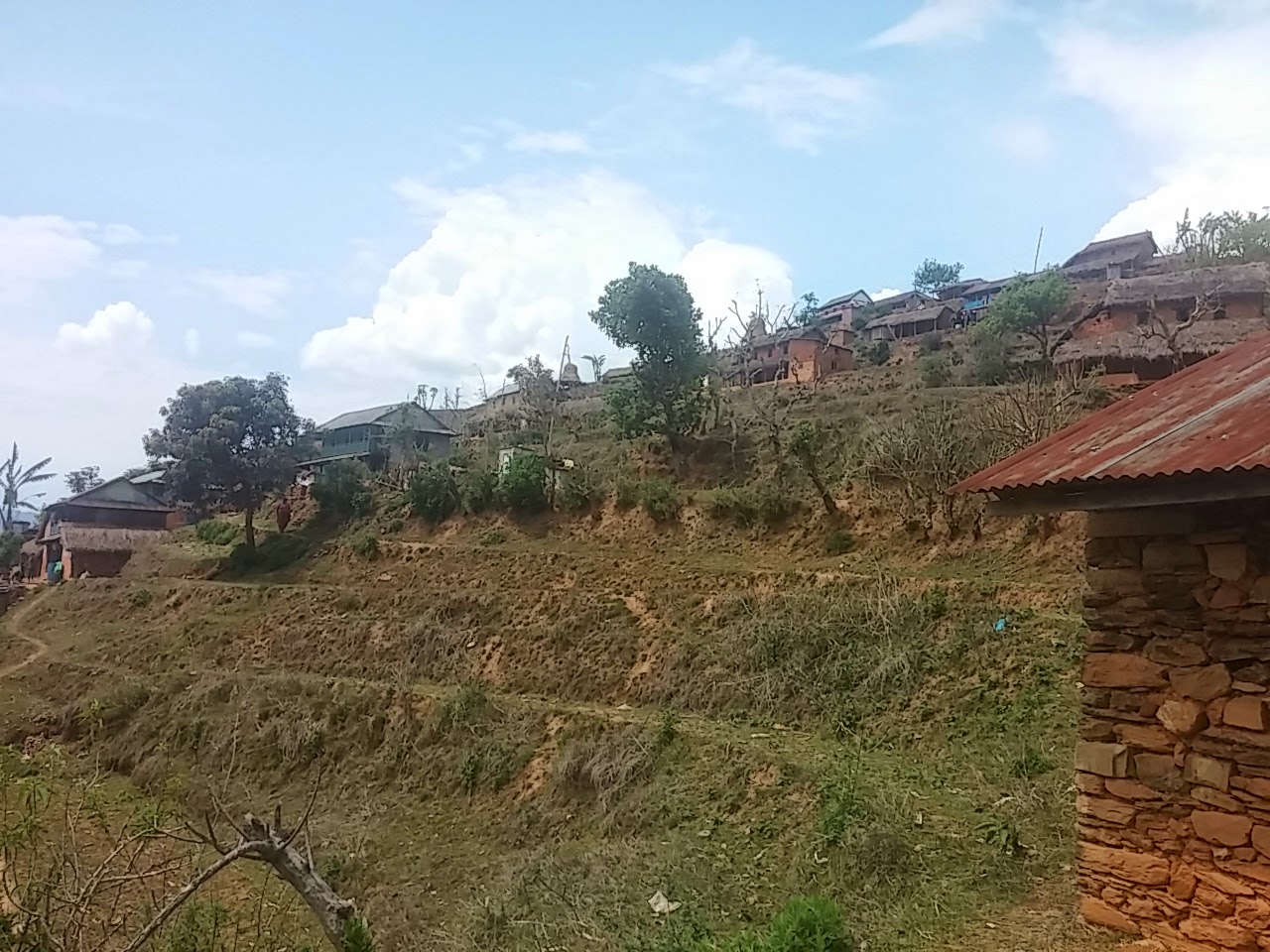 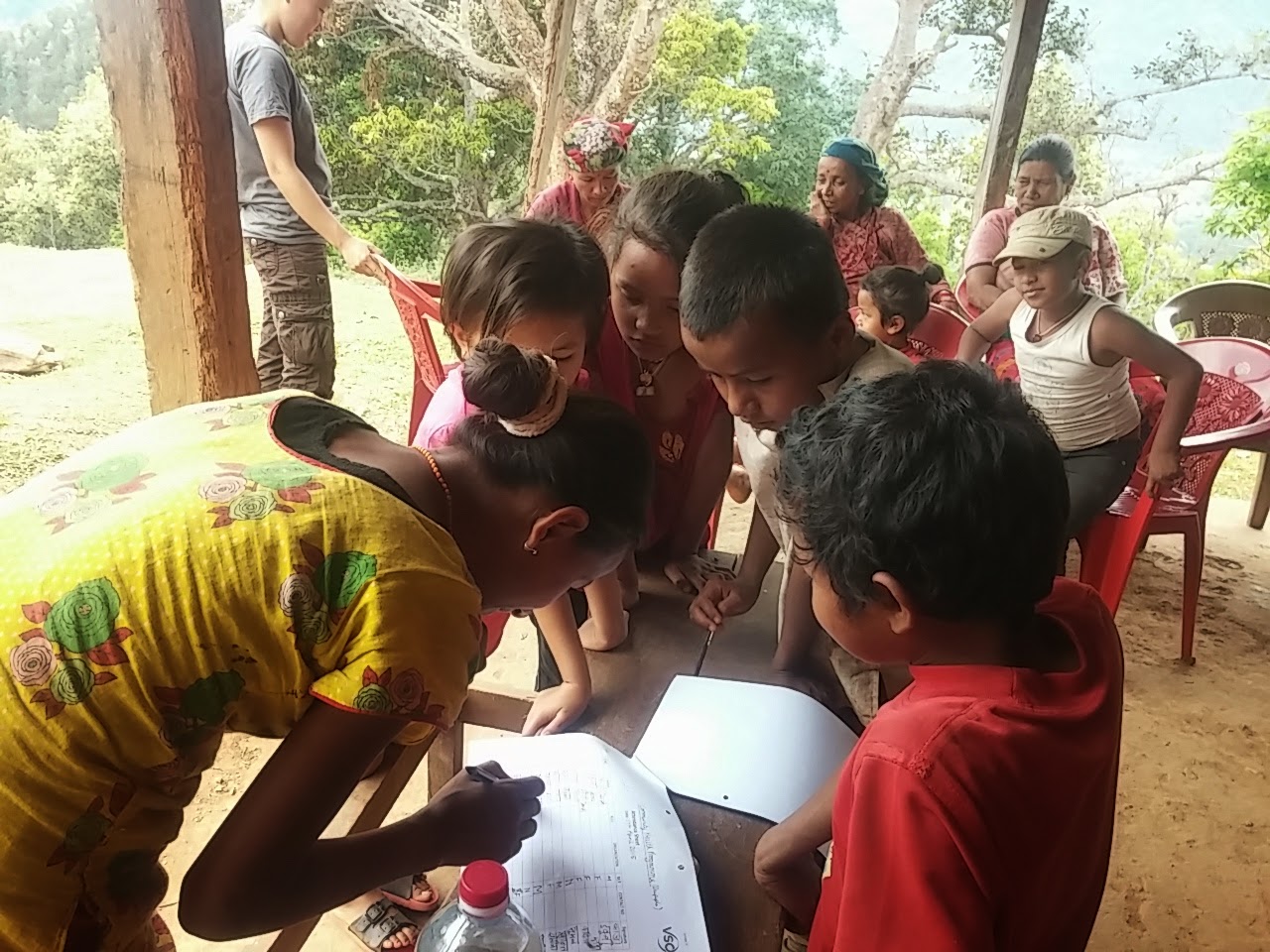